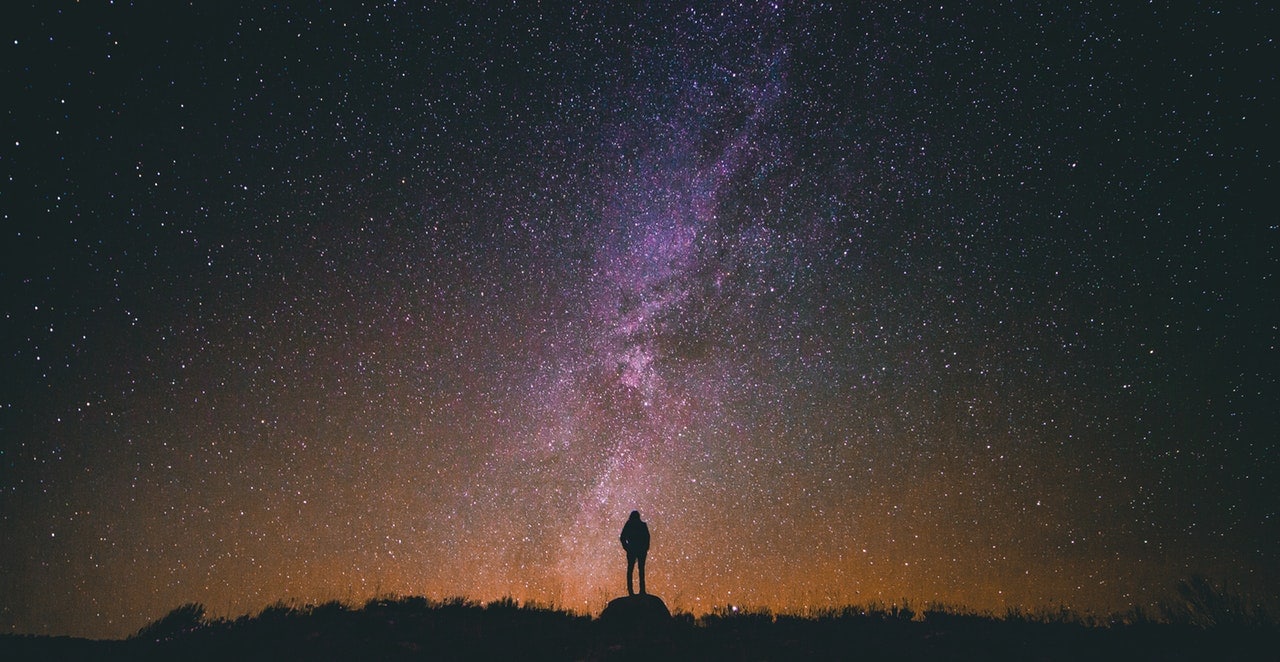 Why should we focus on exploring space, if we have many problems here on Earth? Why spending billions of dollars, if we could use that money to make our world a better place? These questions are raised when discussing whether we should send humans out into the universe or not. Commonly, the space community would answer as follows:

“We invent new technologies, which are also beneficial for the use on Earth. Look! NASA invented Teflon for heat shields, space suits and cargo holds. Nowadays, Teflon is still used in everyday human life on Earth.”

(For the record … Teflon was discovered much before NASA was even around – Roy J. Plunkett 1938)

It is, of course, beneficial to Earth to invent or improve technologies for space exploration such as innovative greenhouses or 3D-Printed Habitats. However, this only an additional asset when developing a living space beyond Earth.

The Crossroad to the Future of Humanity

The 21st century is an exciting and challenging time for humanity. Influenced by various communities and opinions, we already tell the next generations that they will have less in the future. We are leaving them a world behind which is consumed to a large extent by us and our ancestors. This means we are putting the weight on our children and their children to save a planet we screwed up. This philosophy creates a huge cage around our ideas and future, already telling our children that it will be worse and more challenging.

On one hand, we are the generation which inherits the actual technologies that can destroy Earth. On the other hand, we can also take the seeds of life and spread it beyond Earth. Hence, we are standing in front of a crossroad, choosing either the path of limited or infinite resources. In general terms, we can have a closed green future or an open Star Trek future where no boundaries are too far to reach.

A World of Limited Resources

Can we picture a future with limited resources? Humans of this generation will get more and more constraint, living and managing activities in a closed environment. Of course, we can focus on living sustainable and developing new technologies to keep up with the available resources. However, does this theory solve the problem of a fast-growing population?

This path of the crossroad shares the concept of Malthusianism:

“Population tends to increase at a faster rate than its means of subsistence and unless it is checked by moral restraint or disaster (such as disease, famine, or war), widespread poverty and degradation inevitably result.”

The past has already shown that some took their fortune in their own hands. They select themselves as the chosen ones to not only take over the world but also making the limited resources belonging to them. Therefore, this path will lead ultimately to a point where human beings will be each other’s enemy and every newborn a threat. It will be a world of competition, where everybody will try to get as many pieces of the shrinking pie as they can.

A World of an Infinite and Abundant Resources

This path of the crossroad is a world, where nothing seems impossible. The ultimate goal of infinite and abundant resources is only defined by human creativity. Malthusianism is still existent, but humanity is working together towards the same goal. The goal to overcome the limited living space and expanding into a world of infinite possibilities. Newborns will no longer be a threat – quite the contrary – they are human beings with the potential to add their innovative genius to advance humanity. It is the path of uniting humans together, contributing to a bigger goal for next generations. With infinite and abundant resources, we are also able to raise living standards and ensure equal educational purposes across the world to have more people contributing to the ultimate goal.

“Only in a world of infinite resources, all men can be brothers” – Robert Zubrin

How We View the Future Influences How We Act Today

As experienced in the past, viewing the future as a world of limited resources leads people to act in an egoistic way and ultimately one can only imagine how we decide which human beings are worthy of living.

On the other hand, the view of abundant resources enables us to act as if we could achieve anything. So far, we have not found any other civilization in the universe. It could be that we have not searched enough or simply no other life form has made it as far as we have. The time is here and now, because it is in this very moment that we have the chance to bring human culture out into the universe for the very first time. We are able to bring life to worlds where there is no life and most importantly, our next generations will be part of a civilization aiming for the stars.

It is not about engineering challenges, it is about us going beyond our limits and choosing the right path. That is why the exploration of our solar system such as Moon and Mars is so important today.

“The Space Community is not giving Teflon, but Freedom!“ – Robert Zubrin