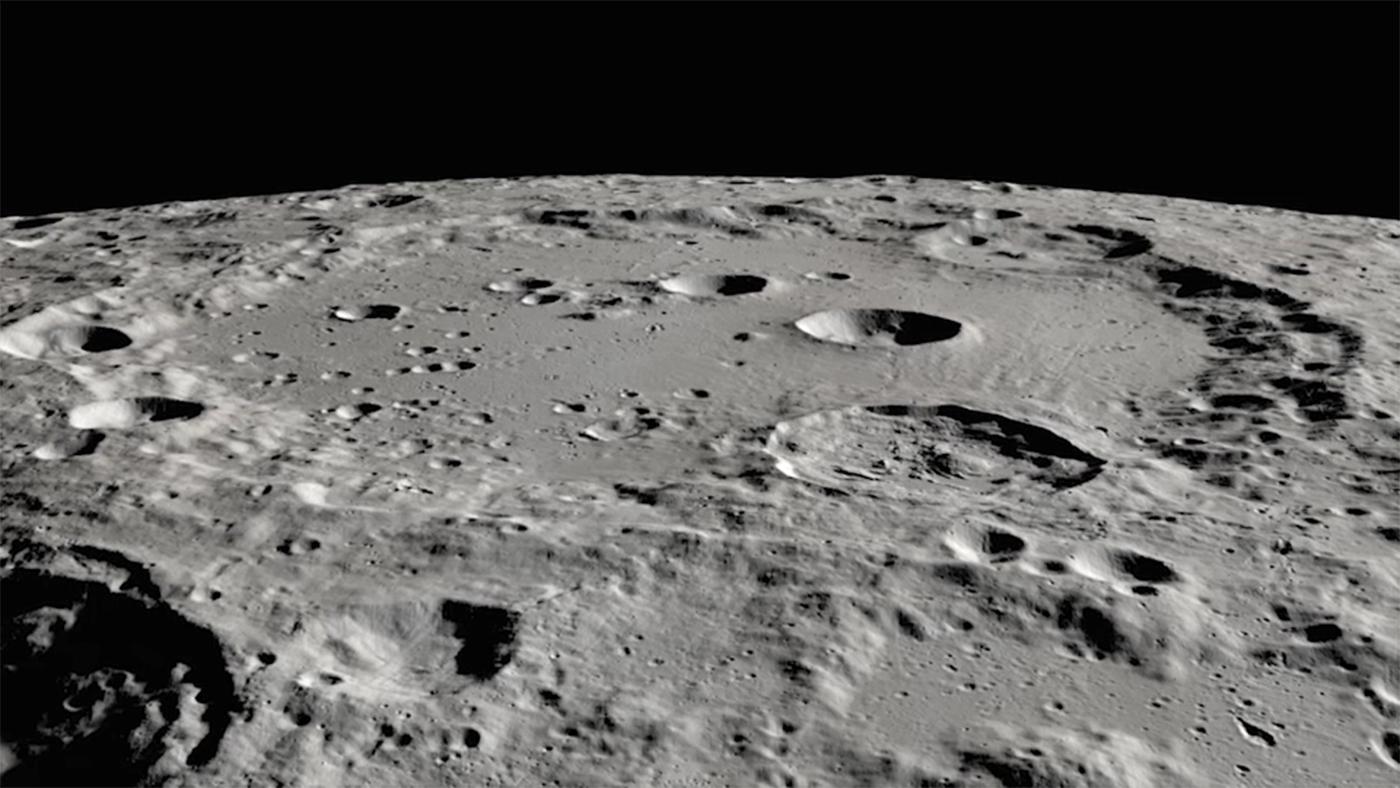 Why are we not on Mars already?

I bet you have asked yourself this question when reading about yet another rover mission to the red planet. We actually have the technology to enable astronauts to endure the harsh martian environment. Whether this is comfy or not is another matter. But there is a difference between having the capability and the technology itself. We can build a rover capable of carrying a crew on Mars but we have not decided yet how much more efficient it needs to be. We have reusable rockets already! The cost of bringing any payload into operation drives the strive for efficiency improvement. Escaping Earth’s gravitational pull is not just peanuts, it’s 11,186 peanuts – or meters per second if you wish.

Accelerating mass to this velocity takes a lot of fuel. Plus the fuel to carry out the mission and the fuel to carry this fuel… you know where I’m heading. Wouldn’t it be convenient if you could just refuel beyond Earth? Then we would optimize the mass of payload, and therefore the cost. Analyses show that a pit stop on the Moon can triple our payload capabilities to Mars. This means we can deliver more cargo and need fewer launches to explore the red planet. In fact, this would save not only billions of dollars but also years of time. It would be a big leap in efficiency improvement and hopefully allow for more economical, more common future missions in our solar system.

Space Mining Technologies (SMT) performed a trade-off analysis between refueling in orbit or on the Moon and concluded that a surface depot is a far better option. With the recently published plan of NASA to send humans back to the Lunar surface by 2024, a supply chain of fuel could actually serve astronauts and future vehicles stopping by at our nearest neighbor. How much would that be worth?!

Where is the rocket fuel?

Some of the resources that can be used as propellants are hydrogen and oxygen. You have probably heard about the Lunar South Pole when you came across the topic of water on the Moon. This is because there is direct evidence of surface-exposed water ice, especially in permanently shadowed regions such as craters. The surface temperature here is extremely low and those regions act as cold traps with accumulated volatile compounds.

The Moon Mineralogy Mapper aboard the Chandrayaan-1 Spacecraft used Near-Infrared (NIR) Reflectance Spectroscopy to measure molecular vibrations. This method allows differentiating between Hydroxide (OH) and Water in different forms (Ice, Liquid, Surface Absorbed, and Bounded in Minerals). The data were also correlated with other measurements (Lunar Orbiter Laser Altimeter, Lyman Alpha Mapping Spectrometer LAMP UV Ratio and Diviner Lunar Radiometer Experiment) and points towards a robust detection of water ice at the optical surface. The NIR data has currently the highest spatial and spectral resolution and combined with the other data, the outputs can be related to the abundance and the presence of water deposits (See figure below).

NASA just announced that water was confirmed even on the sunlit surface of the Moon. This was discovered by the airborne infrared observatory SOFIA. The new data confirms that water is trapped in glass beads or between grains and may be more widespread than previously thought.

However, new missions are on their way to get a close-up view of the concentration of water ice. This will give current models better accuracy. The VIPER Lunar Rover (developed by NASA) is currently set to launch a mission to the South Pole in December 2022 and will create the first global water resource map of the Moon.

Catch me if you can!

Water and its constituents (Hydrogen & Oxygen) are critical resources for a variety of applications such as life support systems, space vehicles, radiation shielding, and even on-site agriculture. But how can we obtain these resources on the Moon?

The scientific community has proposed several methods in extracting water or oxygen from regolith. If you want to extract water from ice deposits you need to do one fundamental thing: heat up the regolith enough so that the ice transitions into a liquid or gaseous state for you to capture. But which concept is the most efficient in doing that? What output of water do I get for a given system complexity? We could conventionally dig out some of the regolith, transport it to a chamber, and heat it up, but this also means we would need several systems to perform these functions. What if we do the whole extraction process locally? We could radiate energy into the regolith to vaporize the ice and then use a cold trap to make sure it will be forced into the storage tank.

Oxygen is not only available from water on the Moon, it is also contained in the regolith itself, which means it can be extracted from almost everywhere. The most abundant oxide is SiO2 (Silicon Dioxide) but in general the composition of the regolith varies considerably from one place to another. Depending on the composition you can perform various chemical processes to obtain oxygen.

All these are called In-Situ Processes and provide different benefits to achieve the overall objective for extracting consumable resources. Space Mining Technologies is currently looking into numerous processes to identify the most efficient system use. They already have developed a proof of concept and reached Technology Readiness Level 2 (out of 9) for water extraction technologies from ice deposits.

I got the water, what now?!

Let’s say our extraction system works and we have obtained the water. Whatever use it will have, it clearly needs to be purified before it is consumed. Only then we can move forward to either provide it straight to the consumer or split it into its constituents. Why do we need to do that? Hydrogen is the hottest topic in the energy sector. The combustion gases that we release on Earth-like carbon dioxide are known to contribute to global warming. Hydrogen is a promising solution to provide alternative clean energy for all sorts of modes of transport.

On the Moon, we can produce hydrogen from extracted water and can not only use it for rocket fuel, but also for transportation and electrical power. If missions don’t have permission to use radioisotope thermoelectric generators, they mostly rely on solar arrays and batteries for providing power. Hydrogen has a significantly higher energy density, especially compared to batteries, and would be a great alternative energy storage on the Moon. Furthermore, generating and recycling hydrogen in Space reduces the need for supplies from Earth and hence decreases costs and complexity of missions. However, hydrogen production and storage technologies still have some challenges to be overcome.

These technologies are key to enable such a resource utilization process on the Moon. They are being developed and optimized for Earth applications, but still, need to function on the Moon and withstand its harsh environment.

Did you hear about the restaurant on the Moon? Great food, but it has no atmosphere…

How do you imagine living on the Moon? It’s cold, hot, dangerous? Well, it is obvious that we need habitats for humans to survive. But what does that mean for the design of systems such as rovers, which are exposed to the lunar environment? Like Earth, the Moon has mountains, craters, and plains. Its gravity is only a sixth of that of Earth, which is beneficial for structures and mechanisms supporting and lifting loads.

Vehicles on the other hand are negatively influenced because of the lower traction. Imagine you have 2 weeks of nighttime, that sounds pretty dark and scary, right? That’s what it’s like on the Moon, except for the poles, where night and day times are half a year long. These conditions are very challenging, especially at night time where no sunlight is available for power generation. Systems would need to hibernate if no other energy sources exist. That is especially a problem for operations inside craters that are not exposed to the sun at all.

Nothing on the Moon protects you as much against micrometeorites and radiation like the Earth’s atmosphere. Micrometeorites can therefore reach the lunar surface at high speeds and can cause damage to equipment. The lack of atmosphere also creates fluctuations in temperature, which can quickly drop at night and rise in the morning. As soon as the Sun comes up, temperatures reach very rapidly from frosty -170°C to 130°C. Inside craters instruments have measured temperatures of around -238°C. Because of these huge temperature peaks and differences, engineers must rely on innovative thermal control techniques for systems to perform efficiently.

The south pole of the Moon has further inconveniences. Direct communication to Earth is complicated from that particular location. Hence, engineers must either accept communication losses and develop the system to a higher degree of autonomy (rovers for instance) or establish an infrastructure such as relay satellites. Anyhow, the design of an in-situ resource utilization system on the Moon is affected by many challenging environmental conditions and therefore we must find the optimum place for operations.

Space Mining Technologies developed a Lunar Model not only to establish environmental requirements to which the system is designed but also for identifying an optimal location on the Moon. This is done by a multi-objective optimization tool. Many environmental parameters are taken into account such as water abundance, slopes and illumination, and can be weighted by preferences. The tool will then output the optimal location and all relevant environmental information which will be encountered at this place (figure below).

In a nutshell, there is still a lot to be done in terms of extraction, processing, and storing of hydrogen. The different technologies also have to work together in the overall system. Are we going to have one or a fleet of rovers to perform the extraction of water? Maybe a combination of both? Hence, it is important to define various system architectures, iterate between them and find the most efficient solution. This can be done by parametric modeling of system elements, where new technologies and performances can be quickly updated and integrated into the design. Concurrent Engineering and especially the use of Design Structure Matrices allow for rapid autonomous iterations between linked models. Therefore, we can optimize the overall system by evaluating performance and cost. SMT is currently developing such a tool called ARMSTRONG, which will be especially beneficial in the early stages of a project.